In good time before the start of the first Bundesliga season, africa aid project e.V. was given the opportunity to meet Leipzig's top striker and national player of the Republic of Guinea, Naby Keita, in the training center. Since such a conversation is not a matter of course - a big thank you to those responsible at RB Leipzig and their integration officer Raquel Rosa. Naby Keita took a lot of time to inform himself in detail about our activities in the field of education, health and waste disposal in his home country Guinea.

He grew up in Guinea and regularly visits his home. Therefore he is very familiar with the conditions in Guinea and also makes a great contribution to help his country. Naby Keita welcomes the fact that there is a German NGO that is actively involved in his home country.

He said his support and wishes us all success and strength for the great challenges in his country.

To Naby's delight, the conversation could also be held in his own language. Here he spoke of his beginnings in football. He also played his first balls under the worst conditions. He encourages the young players in Guinea to believe in their goals and to fight for them.

A look at the training ended our trip to Leipzig.

We wish each other a lot of success. 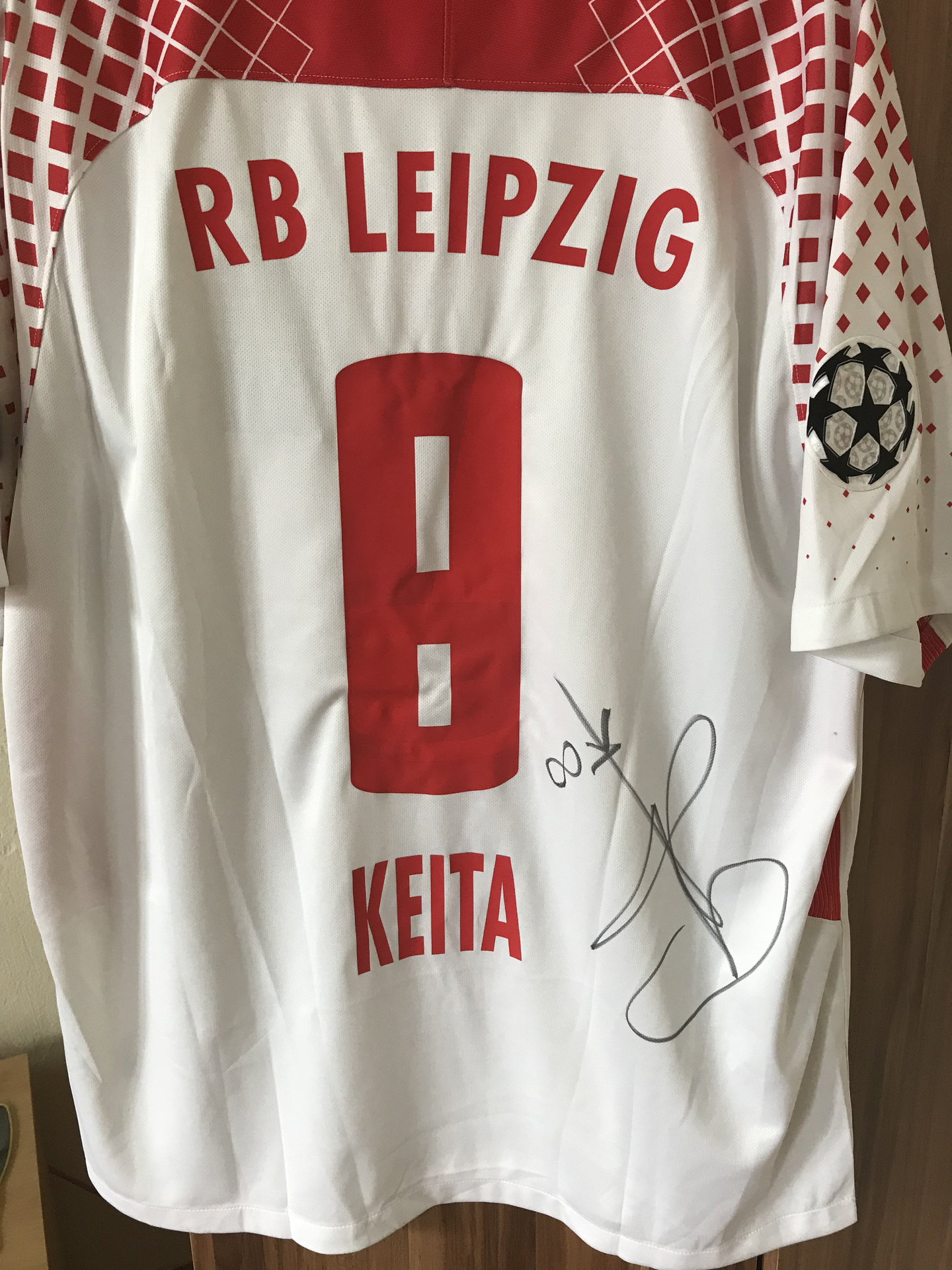 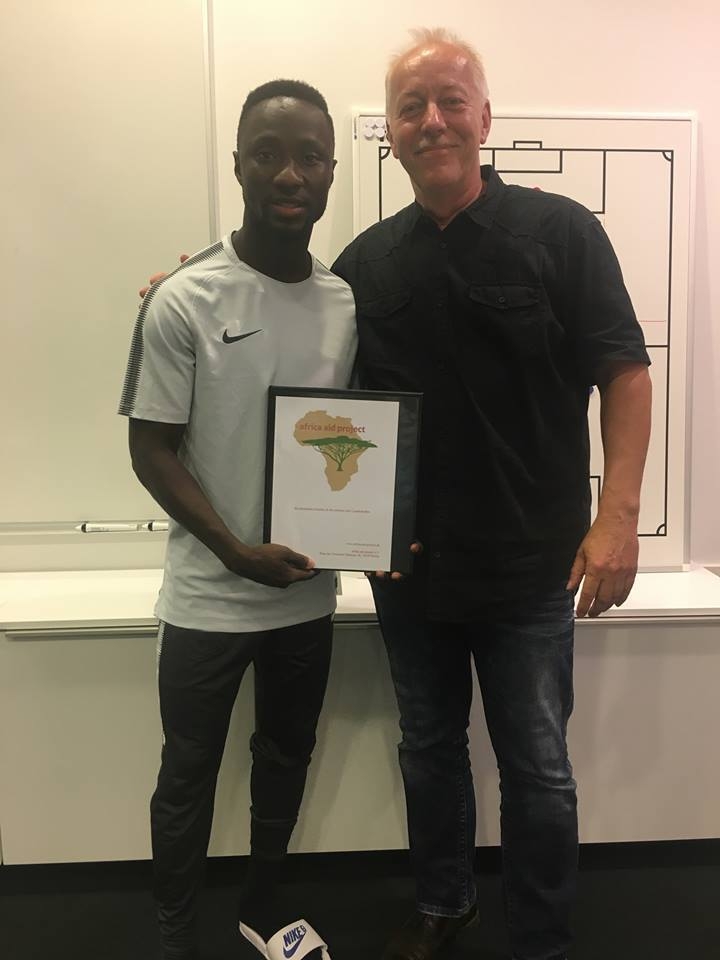 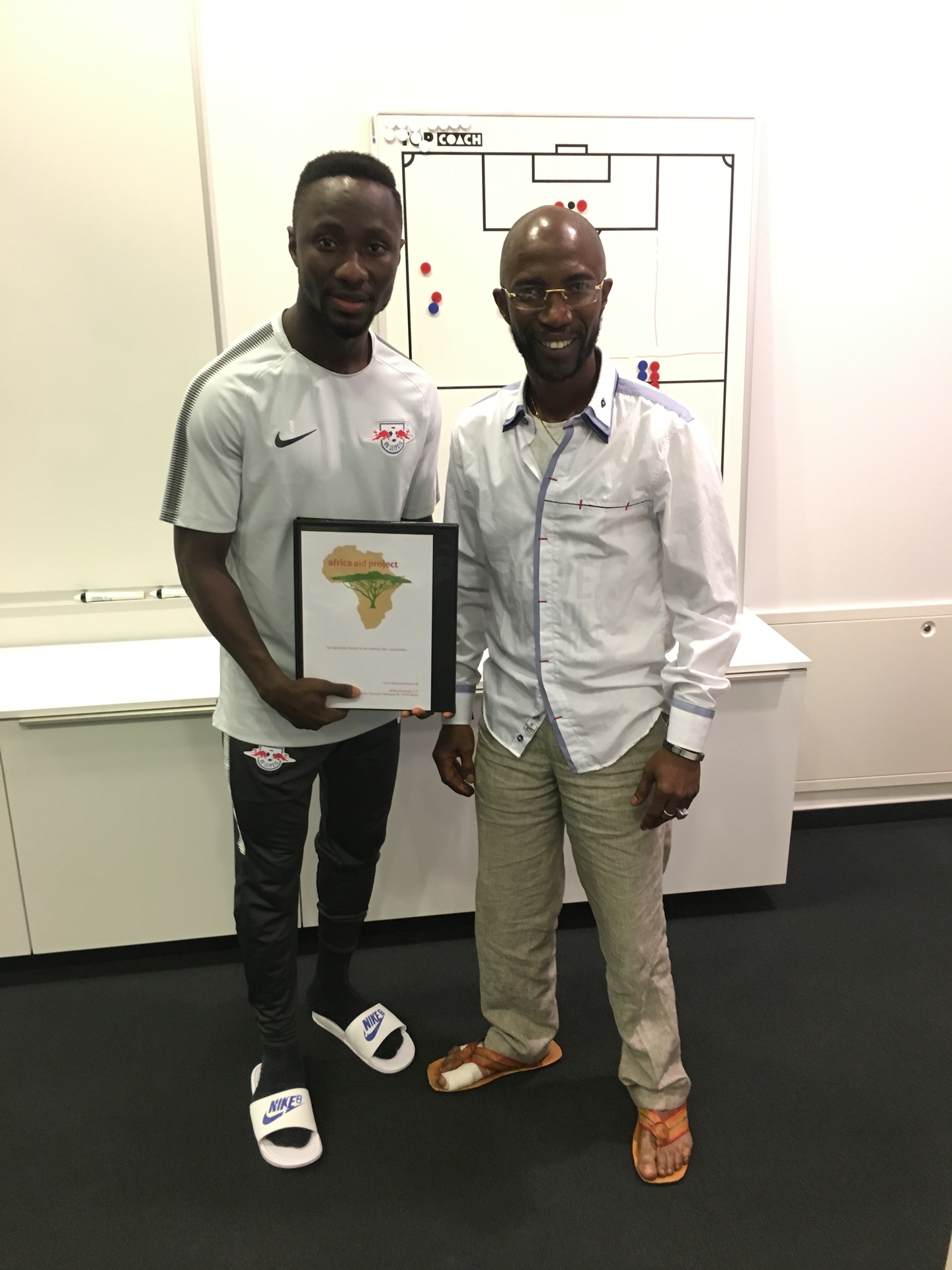 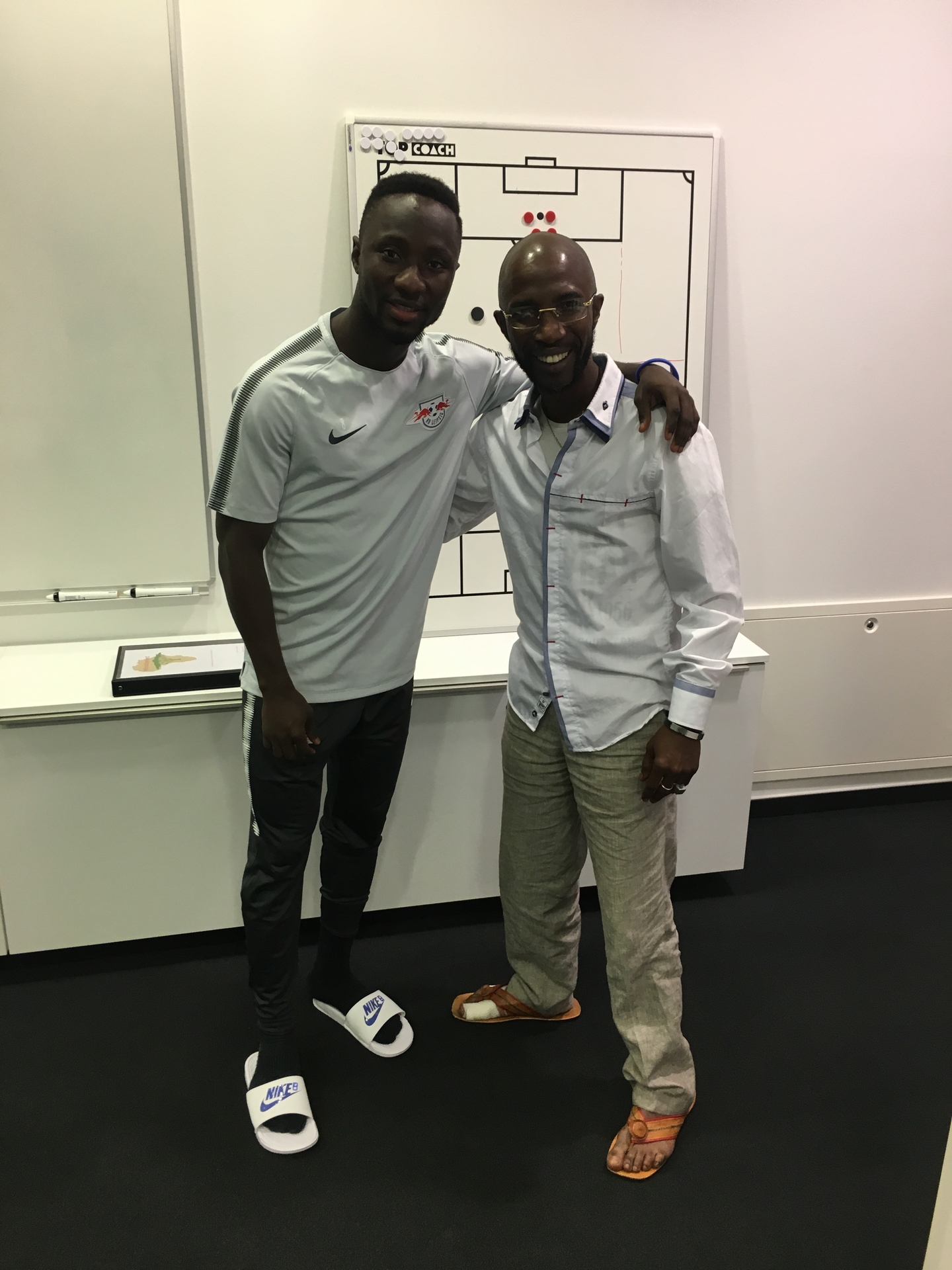 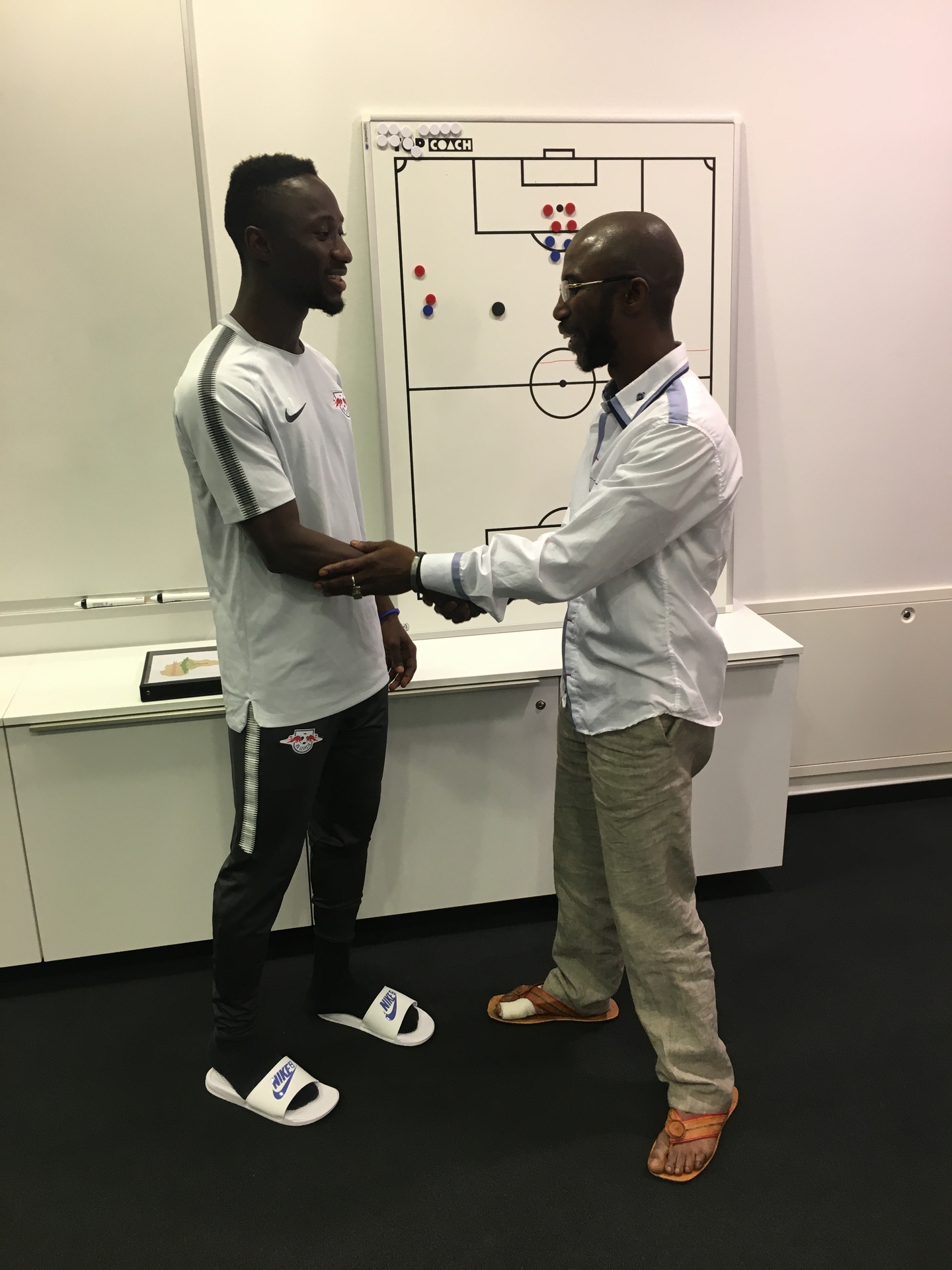 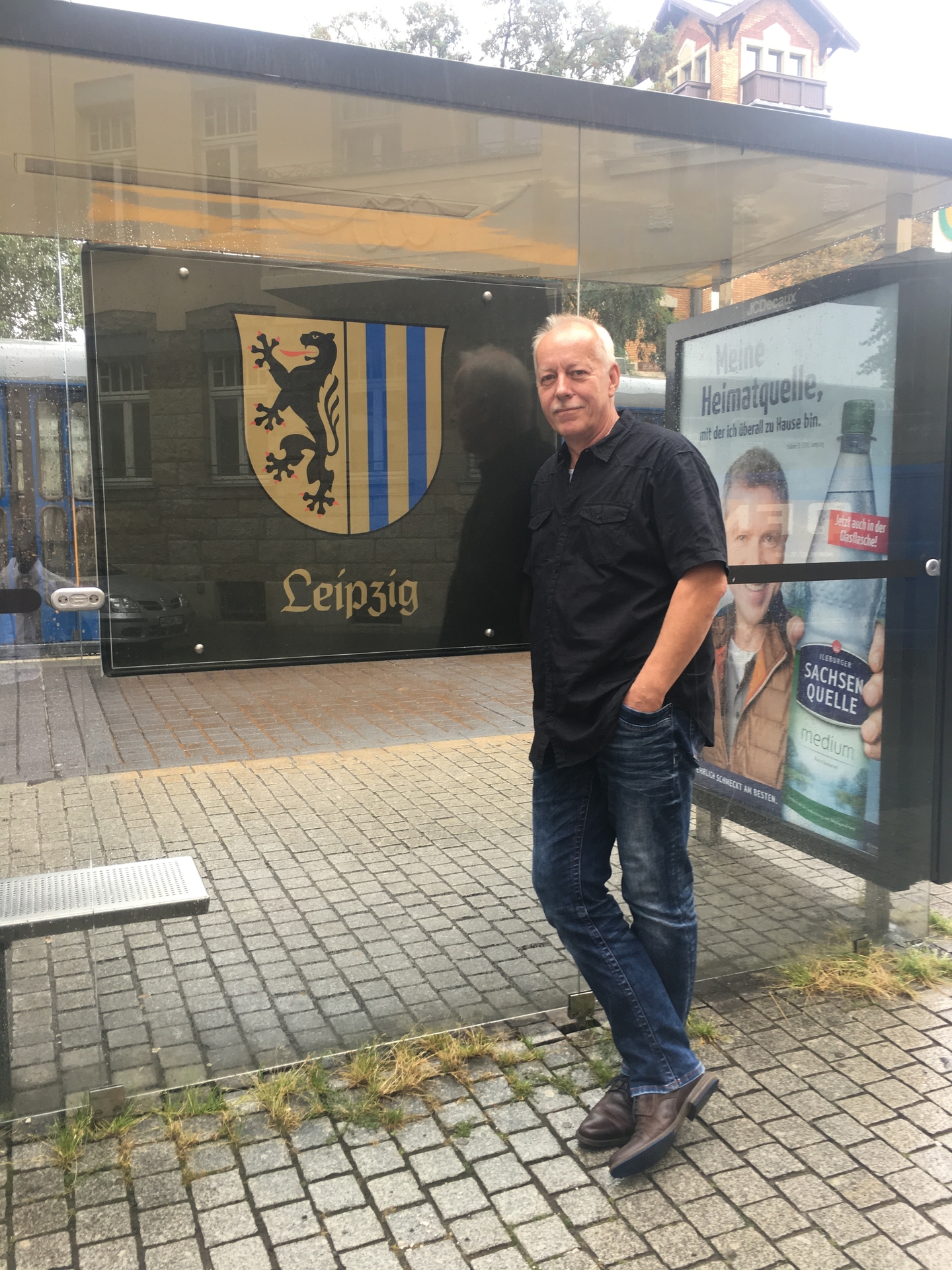 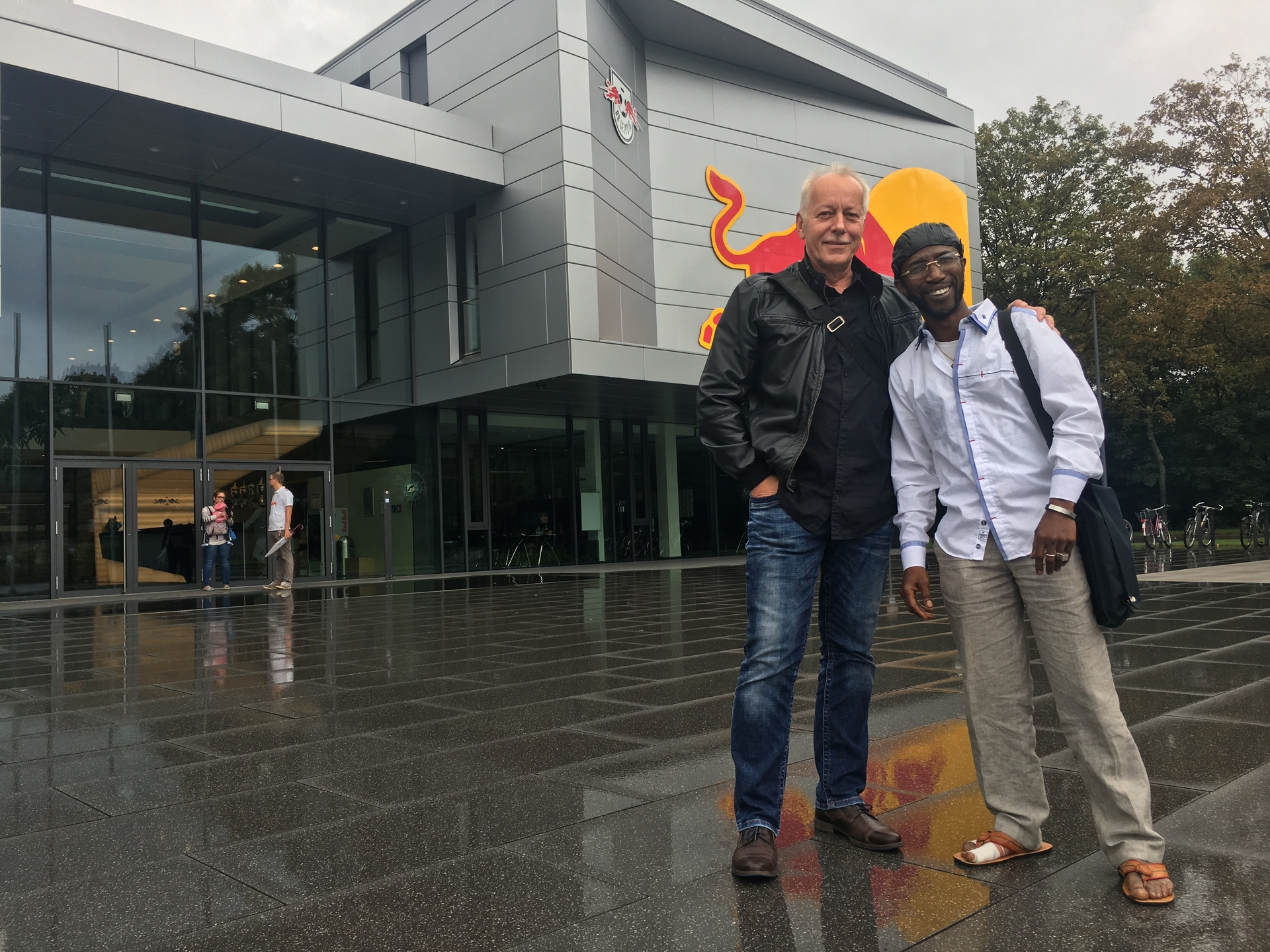 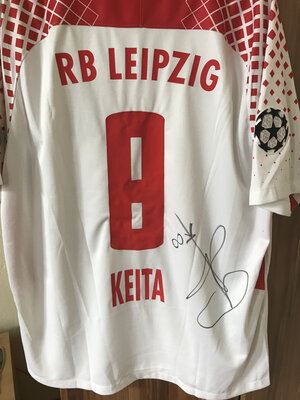 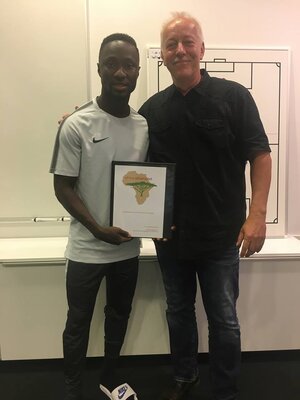 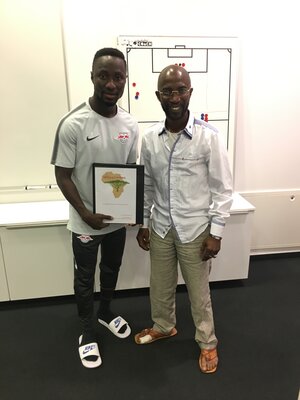 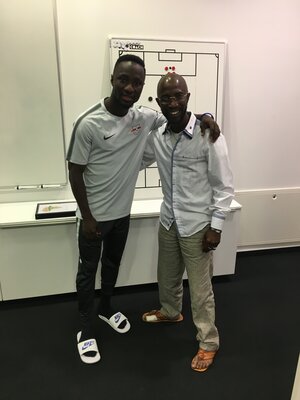 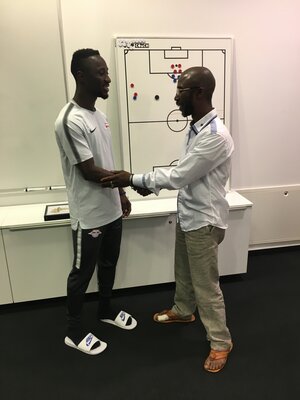 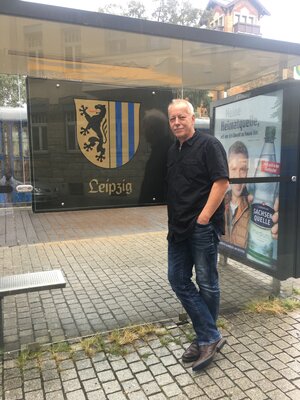 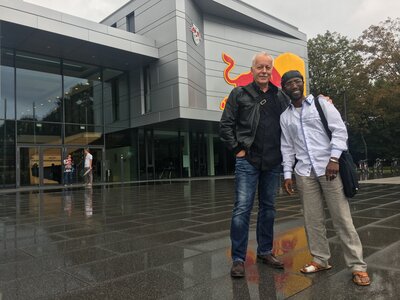